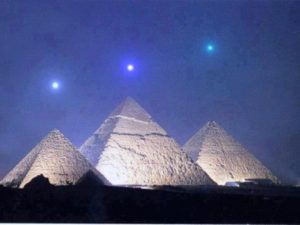 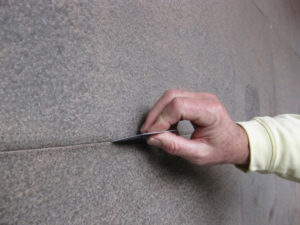 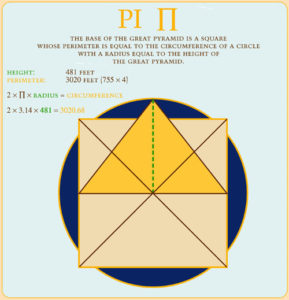 Why not a Tomb

No mummies or human remains were ever  found inside the pyramid, nor in the chambers.

No hieroglyphs, nor any other type of inscription, nor paintings were inside the pyramid.  In other tombs, walls are covered with paintings and glyph describing the life and achievements of their great Pharaohs.

The name of Khufu was not found engraved in or near the King’s chamber but in a 5th chamber on a top roof, a tiny engraving left supposedly by the workers who build the pyramid.  The only object found in the King’s chamber is a rectangular granite sarcophagus which is roughly finished   and has a broken missing top.

The fact that Egyptologists named the chambers “King and Queen’s chambers” definitely set the tone in the public’s mind and somehow already dictates the function of the pyramid.

It is important to know that only one statue of Khufu was ever found in all Egypt; and the dimensions are tiny: 7.com high, 2.9 com long and 2.6 cm deep.  It seems totally disproportionate to have only 1 statue of such a megalomaniac Pharaoh. The statue was not even found in Giza but in Abysdos (which is 6 hours drive south of Cairo) by Petrie in 1903.  Something doesn’t seem coherent.

I hear you say that looters must have gone it and taken all the treasures but it is very unusual for looters to leave no trace at all, normally sarcophagus are left behind and gold, jewelry and other valuables are taken.  Also where is the actual top of the sarcophagus?  This must have weight substantially: so how and why would have looters taken the lead of the sarcophagus?  The picture below shows what kind of scene looters would normally leave behind: broken fragments, skeletons, etc… 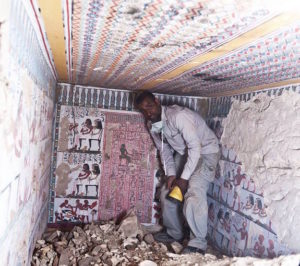 Richard William Howard Vyse, who was a British soldier, anthropologist and egyptologist, is responsible for having forced his way with gun-powder through to the Campbell’s chamber where he found writing referencing Khufu in 1837. He has been accused by some people of having forged the Khufu cartouche, of perpetrating the forgery because of Vyse’s determination to obtain a major find as time and money were running out.

If I carved my name in a cartouche in the tomb, would it make it be my tomb? Of course not.

If you wanted to build a tomb to hide a leader and all its treasures, would you really build something that colossal, which any looter could see miles away?

This theory leaves me unconvinced.

No soots has been found in the great Pyramid.  how could they do that type of work in the dark?  did they have electricity? the outside casing of the Pyramid was covered with white limestone which served as a insulating coating. Granite was used inside to build the shafts and granite is a conductor.

The electromagnetic field that forms at the bottom of the pyramid is transmitted in concentrated form to the upper layers of the pyramid. On the top of the pyramid there was a gold capstone gold being an excellent conductor of electricity. This section is no longer there in our day. This gold capstone facilitated a conductive path for the transfer of negative ions to the ionosphere. This way a current was generated.

One of the theories is in one shaft came hydraulic acid solution and in the other shaft came hydrated zinc: when they mixed, it created hydrogen.  Hydrogen is the most powerful source of energy in the universe so could the great Pyramid be an electrical plant?

I do not have definite answers to the true function of the great Pyramid but what my gut feel tells me is that it is definitely not a tomb.  Asking pertinent questions and not finding definite answers is not a failure in itself.  It just pushes us to rethink, research, dispute, and continue to question until the truth is discovered.